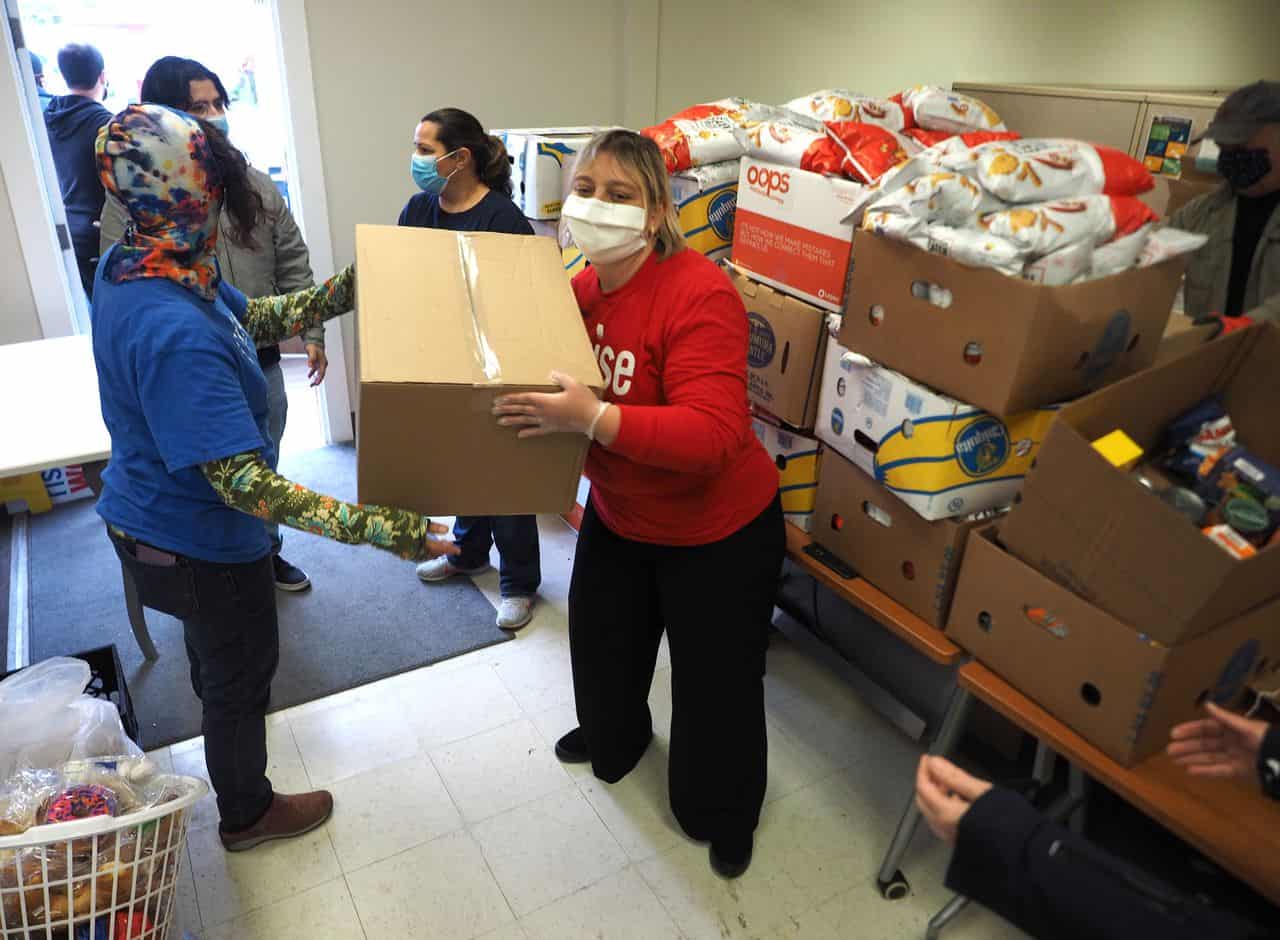 It’s not necessarily typical food you’d find at a food pantry, but it is something you might find now at Rise Food Pantry in Hightstown, thanks to Alaska Airlines.

The airline recently launched its #MillionMealsChallenge as a way to help feed families affected by the coronavirus pandemic. Finding themselves with extra

And in late April, the Alaska Airlines Foundation pledged $200,000 to provide meals to over a dozen food banks. So far, they’ve donated more than one million meals.

The company donated some extra food to the pantry in Hightstown, after Stephanie Derr suggested it.

Derr is a station manager for the airline at Newark Liberty International Airport, and she’s also a volunteer fire-police captain for the Hightstown Fire Department. She saw the amount of people Rise was feeding every weekend—upwards of 500 people—and was inspired to connect her company to it.

“Well, they’re doing a drive-by food pantry on the weekends and the traffic in town, you just know that’s where everybody’s going and to see the amount of cars.

So on this past Friday, Derr and her team donated five pallets of meals to Rise, representing close to 2,000 meals and snacks to the local community. And the help was greatly appreciated, Leslie Koppel, Rise’s executive director, said. that are going that are really in need right now is just staggering to me,” she told NJ Advance Media. “Soon as my company announced this, they were my first thought.”

“First we said, ‘can we have the king crab legs, or you know, the smoked salmon or something?’” Koppel said with a laugh. “But it’s just amazing…local people helping each other and bringing the resources right back into the community where they live.”

Rise has been serving more families during the pandemic, Koppel said. Before this, they served about 100-200 families on a weekly basis, but now they’re serving 300-400 families each week. They also did a drive-through pantry for the past five weeks, where anywhere from 300-900 families came through in a few hours.

The food pantry is in a large space, but moved there thinking it would conduct workshops and classes.

Open for the last 53 years, Rise services people from the neighboring area, including southern Middlesex County, Monroe, and Cranbury, but the primary service area is Hightstown and East Windsor. Before COVID-19, people could choose what they wanted inside the pantry, but that’s no longer the case.

“A lot of local, small pantries that were run out of churches, maybe run by a lot of elderly people, they all closed, so the support system for local families isn’t in smaller towns, in these more suburban towns any more,” she said. “So we’re seeing a big influx of people from outside of the East Windsor, Hightstown area, which we usually serve.”

Donors have been generous, she said, between restaurants closing their doors and donating perishable goods, to local farmers supplying unsold or slightly bruised produce. And the help from companies and people like Derr hasn’t been forgotten, whether they’ve helped because they live in town, or have seen the drive-through, or have experienced food insecurity themselves.

“They’ve said, you know, ‘we have to figure out a way to repurposed this food that was going somewhere else,’” Koppel said. “’We cannot throw it away. People need it and they need it now.’”